In Preston, Idaho, a shooting highlighted the importance of a proper self-defense mindset and reaffirmed that some guns are neat but aren’t a great choice for your everyday carry (EDC) handgun. 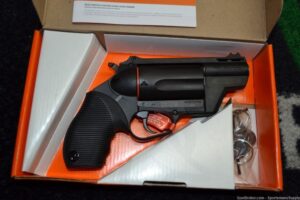 According to news reports, here is how the incident unfolded.

On May 31st, a woman and her friend drove down route 36 in Franklin County, Idaho. The driver turned and headed up an unmarked road. Unbeknownst to the pair in the vehicle, the long road was actually private property that led to the home of a man called Jeffrey.

The 63-year-old Jeffrey became enraged when he saw the vehicle on his property. According to multiple statements, the homeowner road his 4-wheeler and quickly came up behind the vehicle. The driver stopped her car, and Jeffrey approached the driver’s side. He notified the driver that she was on private property by aggressively screaming at her and demanding the keys to her vehicle. When the driver didn’t hand the keys over, the man admitted he reached into the car and grabbed the steering wheel. 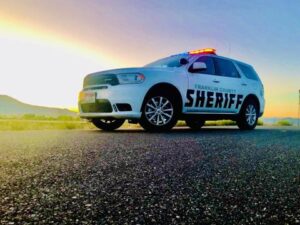 The driver stated she was frightened and hit the gas in an attempt to flee from the out-of-control homeowner.

At this point, everyone involved admits the homeowner drew his Taurus Judge handgun and fired a single shot at the driver of the vehicle.

The Taurus Judge is a 5-shot revolver that can fire both a .45-Colt cartridge and a .410-gauge shotshell. That day, Jeffrey loaded his Judge with .410 shotshells.

Two of the 15 pellets from the shotshell struck the driver in the head. The driver and passenger exchanged places, and the victim called 911 as her friend drove the vehicle to the main road. 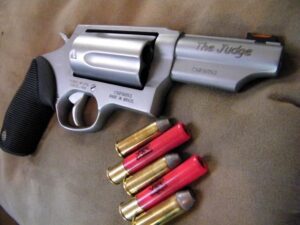 The victim received treatment for non-life-threatening injuries, and the passenger was unharmed.

According to the Sheriff’s Department, the homeowner admitted he lost his temper and acknowledged his unreasonable actions. He was arrested and booked on Aggravated Battery and Felony Destruction of Property charges. The charges come with a potential 20 years in prison and $51,000 in fines as well as restitution. 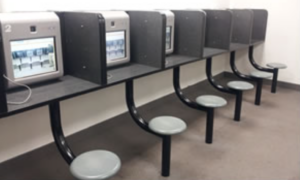 If we are going to be well-informed, responsible gun owners, there are a few apparent lessons we should take away from this unfortunate incident.

If you are new to self-defense firearm fundamentals, I hope you consider checking out our Shooting Fundamentals Course. The course tackles the fundamentals of using a firearm in a defensive context.

And considering you are more likely to need trauma gear than a gun, consider this Emergency Trauma Response Course from Mountain Man Medical. The course is comprehensive and is available for FREE right now.

The intructors are entertaining and you learn a lot. During range time, the instructors take time to make sure you are comfortable with your weapon and that you know how to use it properly. The only downfall is, because they give each person individual attention, there is a lot of down time and if it’s cold outside, its not very fun to wait. I gave them 5 stars because the course overall was awesome and so is the price.

Awesome class. Both instructors were very easy to work with and very helpful.

The class was awesome. Direct and to the point without being boring. The instructor was very knowledgeable and made everyone feel safe, comfortable, and confident in what they learned.