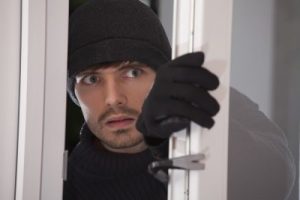 Owyhee County, Idaho — One man is in the hospital after attacking an elderly Owyhee County resident, then using him as a body shield from gunfire.

At around 9:40 p.m. police received a 911 call from 74-year-old Rod St. Clair saying a man was outside his home banging on doors and windows. Wary of the individual, St. Clair armed himself, then heard the windows in a vehicle outside being smashed in, then the window of the master bedroom was broken.

Police responded to the scene but after searching were unable to locate any suspects. During the stop at St. Clair’s home, the officers heard dogs barking at another home down the street and thought it might be the intruder causing the ruckus.

The officers quickly departed, telling St. Clair they would soon return after checking on the disturbance to finish the report. But, while officers were investigating the home with the barking dogs, they heard multiple gunshots coming from St. Clair’s home.

When officers hurried back, they found a woman who is in an unidentified relationship with St. Clair, standing in the driveway with a gun in her hand. Nearby, St. Clair lay on the ground suffering from a gunshot wound. He died at the scene as officers arrived.

The woman told officers the intruder had returned and was attacking the victim violently with a “shiny object,” so she got the gun and shot him. But she said the shots had no effect and “wasn’t stopping him,” so she fired again.

The intruder turned St. Clair towards her attempting to hide behind the elderly man from the gunfire. At that point, the woman believes she accidentally shot the victim.

Officers searched the residence and found 50-year-old Mark Warner suffering from multiple gunshot wounds to the abdomen. He was laying on a leather vest which identified him as a member of the Owyhee County chapter of the Vagos, a 1%er outlaw motorcycle gang.

Near the body of St. Clair, a weapon said to be a “2-foot-long green braided rope with a large solid chrome looking metal spike ball that weighs approximately 2 pounds at the end of it,” or “morning star” was found and investigators think it was used to attack St. Clair, and break out the windows.

Meanwhile, another man had been picked up in connection with the attack. When responding to the St. Clair home, officers encountered a black Crown Victoria which had flipped over and was lying on its roof around a mile away from the crime scene.

When officers were checking the car out, 37-year-old Joshua Jon McDaniel approached the officers and said the car was his, though the car was registered to a woman from Caldwell.

Deputies hurried on from that location to the crime scene but by the time they returned, they discovered McDaniel had left the scene of the accident. A short search of the area led deputies to find McDaniel and they attempted to contact him once more, announcing themselves as Owyhee County Sheriff’s deputies but McDaniel ignored them.

Deputies attempted to restrain the suspect, even deploying a TASER which reportedly did nothing to to stop him. Finally, he was subdued and officers retrieved what he had thrown in the nearby tall grass, a Glock 21 pistol.

Since he is a felon with convictions from 2007 for possessing an explosive device in Sacramento, and possessing a handgun as a felon in 2008, it is illegal for him to have the weapon.

Police said he is connected to the death of St. Clair, but have not said how, or if he will face charges of involuntary manslaughter. Currently, he is charged with being a felon in possession of a firearm, as well as misdemeanor obstructing and delaying police.

Warner was taken to the hospital to undergo treatment of his gunshot wounds and faces charges of suspicion of involuntary manslaughter, aggravated battery, aggravated assault with a deadly weapon and felony malicious injury to property.

Law enforcement officials say they have not yet uncovered a motive for the attack, but the investigation is still ongoing.

This is my second concealed weapons class I have taken and it was excellent! Great class room environment and a very well educated instructor. I highly recommend them to anyone looking to get their permit.